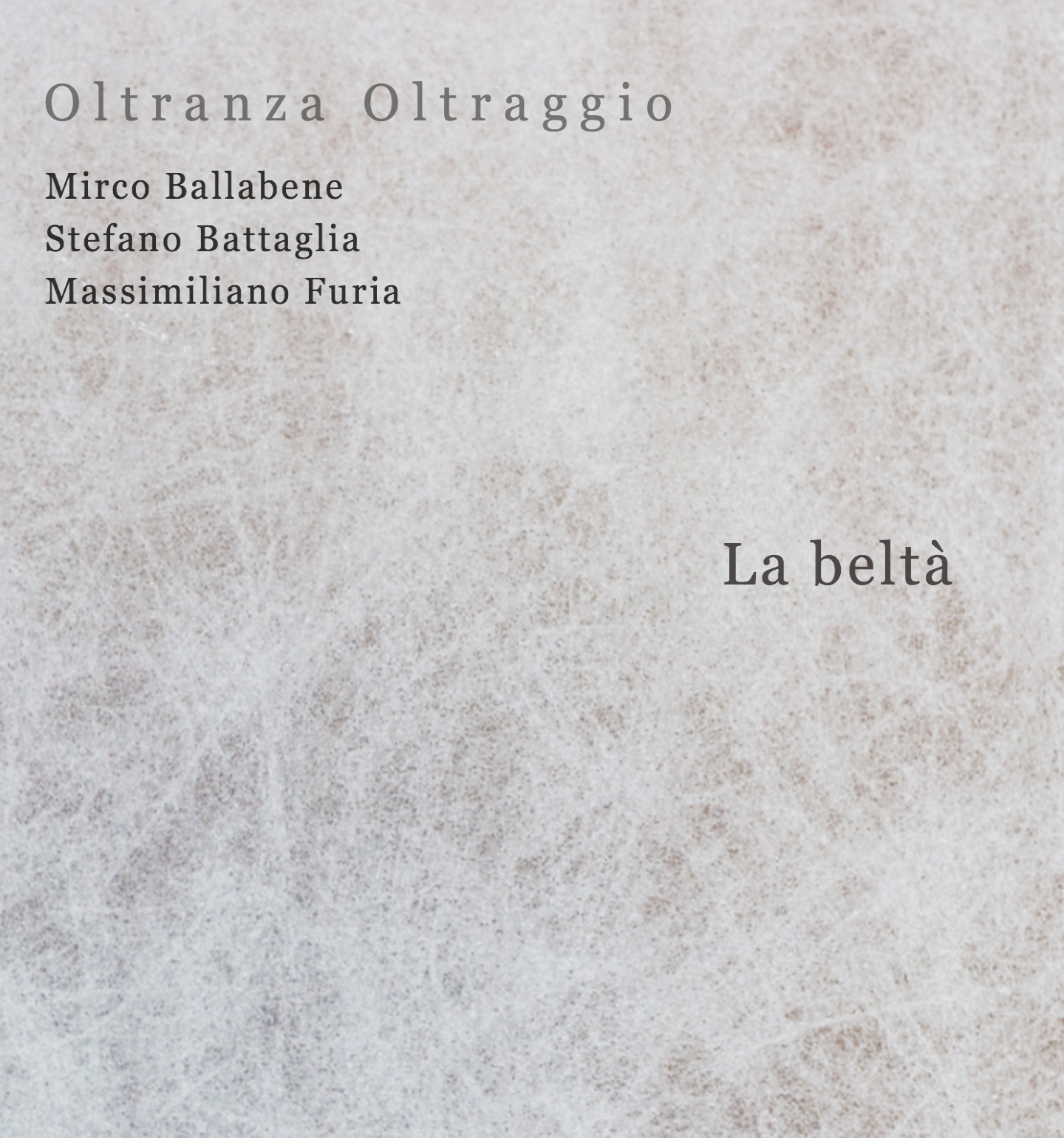 Right To Party is a creative music project inspired by twentieth-century academic music trying to blend this language with that of total improvisation, developed in the West in the second half of the last century thanks to the attention that the diffusion of jazz brought back to improvisational practices.

The compositions of Right To Party are constructed through pitchsets, that are groups of notes as classified by Allan Forte in his famous study The Structure of Atonal Music, published in 1973, thus generating a modal harmony. The privileged technique is that of counterpoint, unlike the traditional jazz language in which the pieces are developed by succession of chords. Of fundamental importance is the choice of metric structures, which are inspired by the writing of contemporary classical music and, in one case in particular, by the music of the English composer Jonathan Harvey. In addition to pitchsets and unusual metric structures for music that apparently seems to derive from jazz, serialism techniques have also been used.

The composed parts alternate with the improvised parts that, as I said, more than the jazz tradition refer to that so-called practice of total or non-idiomatic improvisation based more on timbric research through the use of extended techniques on the instrument, than phrasing as understood in jazz. From this point of view the use of electronics, which improvises with acoustic instruments, sometimes even processing them in real time, is very important, because the range of timbre possibilities extends considerably.

The pieces are conceived, therefore, as small suites in which we pass from composed moments to improvised moments, all trying to create a coherent sound path. At the moment the project consists of four compositions, for a total of about 50 minutes of music. The titles of the compositions are “All the weapons we are”, “The Mouse, The Clown and the Naked Child”, “Beyond the walls of EU fortress” and “A rubber boat in a dark sea”, and take inspiration from events or social problems of the current we live as men and women of the evolved West. The title of the project, Right To Party, also has a political origin, if we want to, and refers to that feeling that I felt when, in the aftermath of the various horrific Islamist attacks that took place with a certain regularity in various European cities, the most common reaction from people and the media was only to claim their lifestyle very strongly, without anyone stopping to reflect on the fact that it is this lifestyle, the most sometimes, to provoke those social disparities that are at the root of these unjustifiable acts. Ultimately, as if the only real right that Europeans were willing to defend, was the right to enjoyment and not the right of all human beings to live a dignified and happy life.

Mirco Ballabene at an early age began to study piano and electric bass, to finally arrive at the doublebass. In 2010 he graduated in classical doublebass at the “G. Rossini” Conservatorio of Pesaro. In 2011 he published a record, “Vìreo”, with Fabio Mina and Danilo Rinaldi, in collaboration with Markus Stockhausen, for the German label Aktivraum. In 2014 he deepened the study of improvisation techniques with Silvia Bolognesi. In February 2015 he released a second album, “Triologos – Tracce di canti”, with Paolo Cerboni Bajardi and Bruno Cerboni Bajardi, for Slam Productions, a prestigious English label founded by George Haslam, a disc that will also be presented in the program “Piazza Verdi” on RadioRaiTre, one of the most important national broadcast. Also in 2015 he took part in the “Anthony Braxton’s Sonic Genome” project at Torino Jazz Festival, an eight-hour musical performance led by Braxton himself and his collaborators (Taylor Ho Bynum, James Fei, Nate Wooley and Mary Halvorson among others), and he begins the Permanent Music Research Laboratory with Stefano Battaglia at the Siena Jazz Foundation, which ends two years later with the recording of a record with the same pianist and Massimiliano Furia on drums. In September he released the album “Strade”, with Giovanni Ferri on alto sax and Mirco Bindelli on drums, again for SLAM Productions. In 2017 he participated in the project of the Fonterossa Orchestra, conducted by Silvia Bolognesi, ensemble with whom he performed at Fonterossa Day in the context of Pisa Jazz. In the meantime he began to collaborate with the association Urbino Jazz Club and with Lorenzo Binotti he organized the Laboratory of Improvisation and Experimental Music (LIMS), in which he conducts improvisation and Conduction workshops. In February 2019 he took part in the International Creative Residences, an international creative music circuit that led him to direct an ensemble of twelve musicians at the Copenhagen Rhythm Music Conservatory with a composition written with Lorenzo Binotti. In May 2019 he publishes in his own name a disc in trio with Stefano Battaglia at the piano and Massimiliano Furia at the drums, Oltranza Oltraggio – La beltà, a work that welcomes the very favorable opinions of specialized critics. Meanwhile he plays with Lorenzo Binotti in the duo Pvar, an improvised double bass and electronic music duo, with whom he performs in various venues across the country, including MACRO, museum of contemporary art in Rome, and with Binotti himself at the piano, Massimiliano Furia on drums and Piero Bittolo Bon on saxophones in the Right To Party quartet, a project of his own compositions that attempts to blend the academic composition of the twentieth century with total improvisation.